The workshop focuses on the impact of COVID-19 in the Gulf states from two different points of view: the health-related crisis and the socio-economic crisis generated initially by low oil prices and aggravated by the coronavirus-induced economic slowdown. It seeks to describe and analyse the outcomes of the two crises on the Gulf national and foreign resident populations. The workshop welcomes paper proposals focusing on these issues, do ...

The workshop focuses on the impact of COVID-19 in the Gulf states from two different points of view: the health-related crisis and the socio-economic crisis generated initially by low oil prices and aggravated by the coronavirus-induced economic slowdown. It seeks to describe and analyse the outcomes of the two crises on the Gulf national and foreign resident populations. The workshop welcomes paper proposals focusing on these issues, documenting and analysing the outcomes of the two crises on Gulf national and foreign resident populations. Priority is given to first-hand observation or material (new datasets, field 2 surveys conducted in Gulf states, direct observation, …) and to papers that focus on the Gulf states (not on the countries of origin).

The first cases of Covid-19 in the GCC region were recorded in the UAE on 29 January 2020. Members of a family from Wuhan, China, on holidays in the country were the first to be tested positive for the coronavirus SARS-CoV-2 in the Middle East. As of 25 November 2020, the pandemic has claimed 1,004,138 cumulated infection cases and 9,207 deaths in the six GCC countries, according to the records of the World Health Organisation (WHO), 1 for a population of 58.7 million. The COVID-19 pandemic also broke out on the backdrop of a creeping economic crisis due to low oil and gas prices since 2014 and tightening of policies of workforce nationalization. The drop in oil prices to below 20 US$ per barrel in March 2020, added to massive measures to counter the disease taken by public and private actors, such as lockdowns, have resulted in large-scale job destructions. Loss of livelihood for the most vulnerable segments of the population generated an unprecedented economic and societal crisis. In the case of migrant workers, the reduction or cessation of income, and consequently, possibility to remit affected not only their conditions in the GCC but also the lives of millions of families in migrants’ origin countries. Some forced repatriations of migrants occurred at the beginning of the epidemic, for instance to Nepal and to Ethiopia. However, becoming suddenly jobless and resourceless, other migrants found themselves stranded in the Gulf countries and unable to return to their homes. On the eve of the pandemic outbreak in 2019, the six GCC countries hosted 30 million foreign citizens.2 These made up 11% of the world’s total migrant stock,3 and more than a half (53%) of the Gulf region’s resident population. As much as 88% of the residents of Qatar and the UAE were foreign immigrants, down to 38% in Saudi Arabia. Foreign workers made up between 57% and 95% of the Gulf countries’ workforces, respectively in Saudi Arabia and in Qatar.4 The top-five origin countries were India, Bangladesh, Pakistan, Egypt, and the Philippines, making up 65% of all expatriates in the GCC.

The workshop will focus on the impact of COVID-19 in the Gulf states from two different points of view: the health-related crisis and the socio-economic crisis generated initially by low oil prices and aggravated by the coronavirus-induced economic slowdown. It seeks to describe and analyse the outcomes of the two crises on the Gulf national and foreign resident populations.

1. Covid-19 as a health crisis: its impact on Gulf migrants and nationals:

According to WHO records as of 25 November 2020, Covid-19-related mortality rates in the GCC region range from 57 deaths per million in the UAE, to 272 in Oman. Saudi Arabia, the most populated of the six GCC states, displays a rate of 167 deaths per million. The GCC total mortality rate (157 per one million population) stands below the world average of 179 deaths per one million population. Mortality due to the Covid19 in any of the six GCC countries is lower than in many Western (e.g., Belgium: 1359 deaths per one million; U.K.: 814; USA: 773) and in the Middle East (Iran: 545).5 Nonetheless, the Gulf states record comparatively high levels of infection. Figures of cumulated cases of Covid-19 per one million population stand at 7,663 worldwide and at 10,228 in Saudi Arabia, up to a high of 50,650 in Bahrain, the third highest rate worldwide. Qatar ranks n°6 worldwide with 47,847 cumulated cases per one million population.6 Migrants to the Gulf come from countries less affected by the pandemic than Gulf states: Covid-19-related mortality rates range from 35 cumulated deaths per million population in Pakistan, to 98 in India (Egypt: 64). Such figures may be taken with caution: Gulf states were said to have massively tested resident populations, which increases the number of recorded infections, if compared to countries performing less tests. However, the pandemic initially hit migrants disproportionately: in Saudi Arabia, for instance, expatriates concentrated 73% of all confirmed cases of Covid-19 and 83% of the new cases reported at the beginning of the epidemics (20 April 2020),7 when expatriates make up only 38% of Saudi Arabia’ population. Another question of interest is that the distribution of cases by nationality started changing later. New confirmed cases included 60% Saudi citizens and 40% non-Saudi residents by June 2020.8 Unlike in Western countries, only 5% of the reported cases were aged 65 and above and the bulk of cases (85%) were reported in “adult” age groups.

2. The drop in oil prices and the COVID-19- related economic crisis in the GCC: socio-economic outcomes on migrants and Gulf nationals:

At the onset of the economic crisis in Spring 2020, some experts forecasted that employment “could fall by around 13% [across the six Gulf Cooperation Council member states], with peak-to-trough job losses of some 900,000 in the UAE and 1.7m in Saudi Arabia”.10 In Dubai alone, 70% of business owners expected their companies to close before the end of 2020.11 Consequently, the numbers of residents was expected to decline by between 4% (in Saudi Arabia and Oman) and around 10% (in the UAE and Qatar).12 In Saudi Arabia, around 1.2 million foreign employees were expected to leave the Saudi labour market.13 The suspension or delay in mega-projects or worldclass events such as Dubai Expo 2020 was feared to affect other sectors, such as construction and logistics, while the aviation industry was expected to lay off as many as 800,000 employees from the six Gulf States’ national companies. 14 As soon as February 2020, “early leave” schemes, unpaid leaves, salary cuts and payment terminations were forced on expatriate workers. Many complained about unpaid wages and withholding of end of service benefits by employers. Massive layoffs also happened. Meanwhile, pre-crisis labour nationalization measures (Saudisation, Kuwaitisation, Omanisation…) and policies continued unabated, intending to limit foreigners’ presence in Gulf labour markets. Oman, for instance, phased out many foreign expatriates from managerial and governmental posts during 2020, while Kuwait started enacting plans in May 2020, to replace expats with citizens, mainly in administrative jobs in different municipal sectors. 15 Mid-2020, Kuwait’s National Assembly approved a law to decrease the share of expatriates in the resident population, from 70% to 30%. In apparent contradiction with policies seeking to decrease the numbers of foreigners in Gulf labour markets and societies, other measures were passed during 2020, which aim to make Gulf states more attractive to expatriates, such as in the UAE.16 Reforms of the sponsorship system were also decided in Qatar and Saudi Arabia, aimed to promote foreign employees’ mobility, in order to boost the attractivity and productivity of national labour markets.

1. Explore the social dimensions of exposure to the disease and its outcome for individuals, nationals as well as foreign nationals:

Are Gulf natives less/more susceptible than migrants to get the disease? Is its lethality (ratio deaths / cases) higher or lower among natives compared with migrants, in every Gulf state? What roles do individual variables such as demographic characteristics (age, sex), socioeconomic status, living conditions (in labour camps, in segregated areas, at the employers’ house in the case of domestic workers, for instance), working conditions, etc. play? Did specific sectors of national and foreign Gulf populations suffer from the epidemic more than others? How did the pandemic affect the mobility of foreign residents, within areas of residence in the Gulf, and in terms of entries and exits? What health protection measures and policies, such as lockdowns, were taken to counter the spread of the epidemic, and how were they applied to migrants specifically? Did health protection measures apply differently to nationals and to foreign nationals? Did health measures and policies create differential categories among migrants? Did the pandemic change nationals’ perception of migrants? What repercussions is the pandemic expected to have on expatriates’ returns to the Gulf states? Moreover, COVID being a highly contagious disease the question of whether international migration is a factor of circulation of the virus must be asked. If so, in what direction does it work: from origin to destination countries, or the other way around, or both?

2. Assess the consequences of the two-fold economic downturn on Gulf populations and labour markets:

Which impact did the economic downturn and subsequent policies targeting migrant workers have on the numbers of foreign residents and workers in Gulf states? Did predictions regarding job losses and migrants’ returns occur, or not? If not, how did foreign residents achieve to stay in Gulf states? Do data exist to document outflows, by nationality of workers, activity sectors, skill levels and occupation, etc.? To what extent did the economic downturn affect nationals and foreign nationals differently? How did nationals experience the crisis, were some sectors of national populations more affected than others, and why? Will the structure of Gulf labour markets and societies appear durably changed by the economic downturn?

Regarding future dynamics, to what extent does the crisis appear as an “opportunity” to streamline pre-crisis policy orientations, such as nationalising labour and curb “demographic imbalances”? Will the size and structure of foreign workers’ return flows start changing, as a result of new measures or ongoing pre-crisis policies? Are policies aiming to upgrade Gulf economies and build “Knowledge economies” in the region effectively phasing out low-skilled workers? Is the nationality composition of return flows also changing, due to countries of origin strategies to diversify destinations for their nationals, or to Gulf states’ own policies? How can we interpret recent measures seeking to make Gulf countries more attractive, for example reforms to the kafala system? Will the pandemic eventually result in Gulf states' economic model being called into question?

The workshop welcomes paper proposals focusing on the issues outlined above, documenting and analysing the outcomes of the two crises (health, socio-economic) on Gulf national and foreign resident populations. Priority will be given to first-hand observation or material (new datasets, field surveys conducted in Gulf states, direct observation, …) and to papers that focus on the Gulf states, not on the countries of origin. 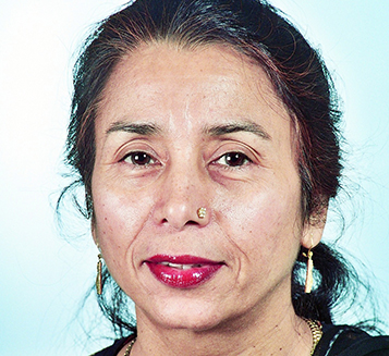 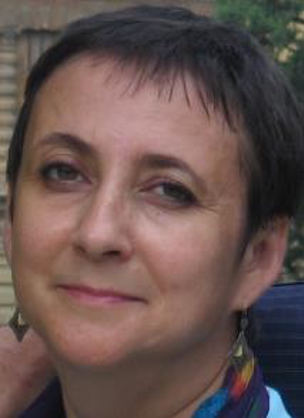 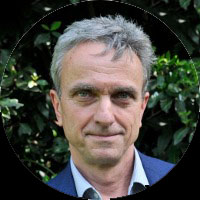