Artificial Intelligence (AI), one of the hottest trends in modern technology, is projected to be a game changer in the global economy, with a contribution estimated at $15.7 trillion by 2030. In light of such crucial worldwide transformation, the Cooperation Council for the Arab States of the Gulf (GCC) is at a decisive crossroads. There is a critical need for strategies to be developed around AI in various sectors of the economy, both i ...

Artificial Intelligence (AI), one of the hottest trends in modern technology, is projected to be a game changer in the global economy, with a contribution estimated at $15.7 trillion by 2030. In light of such crucial worldwide transformation, the Cooperation Council for the Arab States of the Gulf (GCC) is at a decisive crossroads. There is a critical need for strategies to be developed around AI in various sectors of the economy, both in order to capture this growing economic opportunity and to ensure competitiveness with other states and actors on the global stage. Moreover, and as much as those adoptions are necessary to remain competitive in the midst of the 4th industrial revolution, GCC countries will need to enable a change in paradigm so as to move from being pure adopters of AI to also become developers of the technology. This will require strategic investment in local human capital to research, fund and develop innovations in this space. The goal of this workshop is to explore the current state, opportunities, and challenges related to AI in the GCC. It aims to attract participants from diverse disciplines and sectors such as: engineers, technologists, policymakers, political and social scientists, 2 educators, researchers and innovators, and experts in relevant fields. The resulting exchange of knowledge is integral to a better and clearer understanding of the challenges ahead of Gulf countries in their pursuit of AI.&nbsp;

Background Although the term AI has appeared in literature as early as the mid-1950s [1], there still is some confusion with regard to its exact definition and context. The very early developments of AI were driven by the gaming industry, particularly to develop a computer program that can play chess [3]. After around half a century in 1997, a computer program (DEEP BLUE) won in a 6-game match against Grandmaster Gary Kasparov, demonstrating the success of AI and its ability to outperform the human brain at a given task [4]. Fast forward two decades, AI has now evolved from being driven by the development of computer games to complicated systems needed during our daily lives. As defined in a recent report by PricewaterhouseCoopers (PwC) [5], “AI is a collective term for computer systems that can sense their environment, think, learn, and take action in response to what they are sensing and their objectives.” AI systems can have various levels of autonomy and adaptiveness, ranging from systems that assist humans to perform tasks more efficiently to ones with automated decision-making processes without any human intervention [5]. AI applications have gained a significant momentum in recent years across various sectors such as healthcare (e.g., medical data analysis and telemedicine), retail (e.g., product recommendations), manufacturing (e.g., assembly line automation), infrastructure (e.g., smart cities and driverless cars), finance and banking (e.g., fraud detection), and education (e.g., personalized learning). Prospects AI is a disruptive technology in today's’ global economy. Beyond its implications on how people live and work, it has a tremendous economic potential that remains untapped both globally and at the GCC level. AI is predicted to contribute $15.7 trillion to the global economy by 2030 and US$320 billion to the Middle East economy (11% of GDP) [2]. Among the six countries of the GCC, the Kingdom of Saudi Arabia (KSA) is expected to benefit the most from the move towards AI with an expected contribution of US$135.2 billion towards its economy. The United Arab Emirates (UAE), in turn, will benefit from a contribution of US$96.0 billion, while the remaining four countries are expected to share a total growth of US$45.9 billion. In relative terms to the GDP of each country, the AI contribution to the UAE economy will be the highest with 14% of its GDP [2]. 3 Acknowledging this tremendous economic potential, various AI initiatives have been undertaken in recent years especially in the UAE and KSA. Examples from the UAE include establishing a ministry for artificial intelligence [6], launching a national AI strategy [7], in addition to other initiatives such as the autonomous transportation strategy [8]. In turn, the Saudi government has identified digital transformation as a key enabler for its 2030 vision, which includes diversifying the economy and promoting knowledge-based sectors [9]. Despite the highlighted initiatives and overall economic potential of AI, related efforts have typically been segregated and remain limited in comparison to other growing economies such as China and India. Important barriers exist that hinder the full deployment of AI in the GCC. These include - but are not limited to - locally-generated knowledge, economic barriers, social risks, and rigid institutional and policy structures. As such, important questions arise and need to be further studied: 1. Are the Gulf countries on track to catch-up with the global push towards AI? 2. Are the current physical and institutional infrastructures ready for such transformation? 3. Is local talent available and ready? 4. Is the GCC economy ready for such job market evolution? 5. Will GCC countries be adopters of AI knowledge and technology or will they evolve to become effective developers and contributors at the local and national stages? Workshop Goals The goal of this workshop is to explore the current state, opportunities, and challenges related to AI in the GCC. Scholars and decision makers will discuss current challenges and practices currently adopted in Gulf cities. Promising and novel implementations of AI concepts and technologies will be mapped and assessed. Throughout the workshop, the exchange of knowledge aims to bridge the current gap between different stakeholders such as government policy makers, researchers and innovators, and private sector entities. In addition, the workshop will specifically address the key elements that the GCC countries need to focus on in the next decade in order to leverage the potential of AI and transition towards more knowledge-based economies. Workshop Scope and Proposed Topics This workshop will have four general themes (T1 to T4) to address the prospects and challenges of AI in the Gulf. The themes are illustrated in Figure 1 and detailed below: T1–Technology and Infrastructure: Big data, machine learning, Internet of Things (IoT), networking and transportation infrastructure, automation, autonomous cars, etc. T2–Education and R&D: Industry research & development, AI training and skill development, new AI degrees and technical diplomas, role of academic institutions, etc. T3–Policy & Legislation: Governance and regulations, AI and the law, cybersecurity issues, new emerging threats, etc. T4–Social Implication & Responsibility: Robotics and machine ethics, social connections VS isolations, equality VS inequality, telemedicine and medical condition diagnosis, jobs made obsolete VS created, etc. 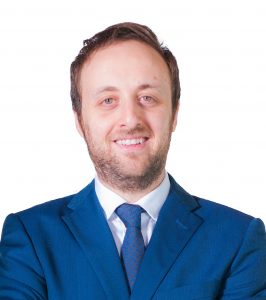 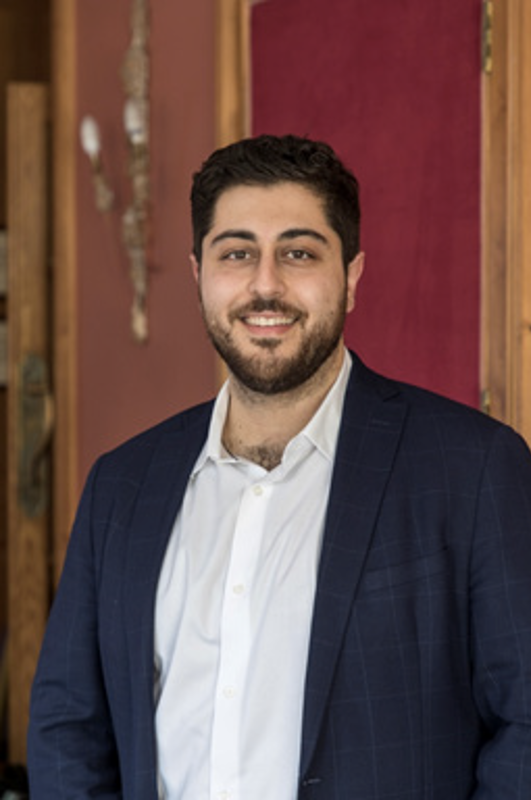