The aim of this workshop is to analyze the recent changes experienced in the Arabian Gulf with regards to the promotion of tourism as one of the major engines for economic diversification and economic growth. These changes challenge the social, economic, cultural, logistic and educational structures of the place and require specific place branding strategies to be successful. They also may be a source of increased competition or collaboration ...

The aim of this workshop is to analyze the recent changes experienced in the Arabian Gulf with regards to the promotion of tourism as one of the major engines for economic diversification and economic growth. These changes challenge the social, economic, cultural, logistic and educational structures of the place and require specific place branding strategies to be successful. They also may be a source of increased competition or collaboration for benefits stemming from tourism in the GCC region. Consequently, the participants in this workshop will assess these patterns from an interdisciplinary perspective offering insights at the intersection of political economy, tourism studies, education, sociology, environmental studies and sustainability, diplomacy and nation branding.

Objectives and Scope of Workshop

According to UNWTO figures, international tourist arrivals (overnight visitors) worldwide grew 4% in 2019 to reach 1.5 billion, based on data reported by destinations around the world. All regions enjoyed an increase in arrivals. The Middle East (+8%) led growth, followed by Asia and the Pacific (+5%). International arrivals in Europe and Africa (both +4%) increased in line with the world average, while the Americas saw growth of 2%. International tourism receipts increased 5% in 2017 in real terms (local currencies at constant prices) to reach US$ 1,332 billion globally, some US$ 94 billion more than in 2016. The Middle East led growth in tourism receipts with a 13% increase in 2017, followed by Africa and Europe which both recorded 8% growth. Receipts grew 3% in Asia and the Pacific and 1% in the Americas. Europe recorded the highest growth in absolute terms, with an increase of US$ 50 billion to reach US$ 512 billion, or 38% of the world’s international tourism receipts.

The importance of tourism industry to the economic growth is well recognized. UNWTO assesses that foreign tourist receipts have become “an important pillar of the economies of many destinations”, creating employment and development opportunities (2011, p. 5). Rossouw and Saayman (2011) pointed out that tourism contributes to increasing per capita income and government revenues that can be used for spurring growth of other economic sectors such as manufacturing. Furthermore, Sharpley (2002) highlighted the fact that tourism redistributes wealth; helps in economic diversification; creates backward linkages to the local economy (i.e. farming, construction, transportation, etc.) and by utilizing economic resources, which are already there such as historic sites, it is a low-cost start up industry. Tourism tends also to have a positive impact on the employment of women and as a result, has a positive role in enhancing their economic position (Ashley, et al. 2007, p. 9). These benefits are combined with the fast growth of tourism worldwide thus making it “a key driver for socio-‎economic progress” (UNWTO, n.d.).‎

Nonetheless, pursuing tourism as means of diversifying the economy requires a strategy that would enhance the competitiveness of the GCC region among other tourist destinations. It is especially important since GCC countries were “not normally associated with leisure/holiday tourism market” (Sharpley 2002, p. 221); hence promoting the region as a leisure tourism destination presents a set of challenges. Among GCC countries, UAE “emerged as the forerunner in efforts to build tourism and market its attractions” (EIU, 1993) as early as the beginning of the 1990’s. It is especially true for the Emirate of Dubai, which successfully turned tourism into an important driver of the economy. Given that using international leisure tourism as a vehicle for economic development proved to be successful in UAE; other countries in the region, including Saudi Arabia that until recently specialized solely in religious tourism, embarked on similar ventures.

The success of a tourist destination depends on how competitive it is in comparison to other destinations. It is thus necessary to examine the factors contributing to destination competitiveness in order to, on the one hand, understand the success of some destinations in the GCC region but, on the other hand, to also examine the necessary improvements to maximize the tourist attractiveness of the region as a whole. Various scholars examined the question of destination competitiveness (De Keyser  and Vanhove 1994; Evans and Johnson 1995; Dwyer and Kim, 2003; Ritchie and Crouch, 2003), which is defined as the attractiveness of a tourist destination that makes it more appealing than others. Among the conducted studies Ritchie and Crouch (2003, p. 2) assert that “what makes a tourism destination truly competitive is its ability to increase tourism expenditure, to increasingly attract visitors while providing them with satisfying memorable experiences, and to do so in a profitable way, while enhancing the well-being of destination residents and preserving the natural capital of the destination for future generations”. Consequently, Ritchie and Crouch (2003) identified six dimensions of destination competitiveness model, which includes economic, political, social, cultural, technological and environmental strengths. Among these dimensions, they concluded that sociocultural appeal of a destination is a determining factor in deciding its tourist appeal.

This workshop aims at dissecting the rapid changes that have been occurring in the Arabian Gulf with regards to the promotion of tourism as one of the major engines for economic growth. These changes challenge the social, economic, cultural, logistic and educational structures in the place and require specific place branding strategies. They also may be a source of increased competition or collaboration for benefits stemming from tourism in the region. In addition, the Gulf countries have engaged in cultural diplomacy in order to attract tourism flows from different parts of the world. These changes also affect the local populations with increased numbers of foreign visitors, spurring the local entrepreneurship, fostering academic studies and careers in tourism, but also, increased exposure to foreign norms, among others, in relation to alcohol, non-married couples travelling together, clothing, etc. It is thus necessary to assess: Are these branding strategies working abroad? Are they easily accepted locally? Tourism may also affect the fragile Gulf ecosystems that are already exposed to harsh climatic conditions making them vulnerable further if tourism developments are not sustainable.

Overall, these patterns, being recent and in flux, are understudied. This workshop aims at closing this major research gap that requires studies at the intersection of political economy, tourism studies, education, sociology, environmental studies and sustainability, diplomacy and nation branding.

Contribution the Workshop will Make to the Field of Gulf Studies

Generally, services constitute more than 63.6% of GDP worldwide. They also constitute an important and growing portion of the GDP of Arab/Muslim countries. Despite the growing importance of the services sectors in these countries, not much is known about the demand for, and supply of, activities in the field. Data about consumer behavior in services in these countries is negligible and at best scattered. Longitudinal studies, which are very effective in determining patterns and changes in consumer behavior, are basically non-existent. Data are a prerequisite to objective information, enlightened decisions, and sustained success.

There has been a significant increase in the number of studies investigating cultural influences on consumer behavior in services, particularly in Australia, the USA, Europe and New Zealand. However, despite the tradition of rich culture and hospitality, the importance of services to the economies of Arab/Muslim countries, the natural and cultural resources with which Arab/Muslim countries are divinely endowed, and despite the popularity of tourism, hospitality and cultural heritage in these countries, studies focusing on consumer behavior in Arab/Muslim countries whether inside or outside their country of residence are still sparse. This is especially true in the Arabian Gulf where the economic diversification national programs have accelerated in the recent decade creating new paradigms in cultural and economic diplomacy as well as social change in consumer behaviors in relation to tourism-oriented services. Yet, research on the top-to-bottom initiatives to diversify the Gulf economies using tourism as a tool for growth is still in its beginnings. Yet, the recent developments require an in-depth analysis from the point of view of the governmental policies and their outcomes in the GCC; secondly, from the perspective of cultural and economic diplomacy abroad, and thirdly, from the point of view of the social consumer-driven changes.

Consequently, this workshop will provide a unique opportunity to gather interdisciplinary specialists, academics and practitioners, to dissect these recent patterns and provide recommendations for the future growth of the tourism sector and for better policymaking.

Draft of Workshop Agenda and Potential Paper Topics Outlined and Highlighted The workshop seeks the academic submissions on the following topics, but not limited to: I. Paradigm 1: Nation branding a. How are the Arabian Gulf countries managing their place branding strategies? b. Are they different or similar strategies? What are the success stories (strategies and markets targeted)? c. How is Saudi Arabia creating its new image as a leisure tourism destination? d. What are the effects of cultural diplomacy on tourism flows? e. How are social media used to promote tourism in the GCC (for example, the use of paid influencers)? II. Paradigm 2: Tourism, collaboration and competition a. What is the extent of regional collaboration with regards to tourism, notably, joint visas, regional cruise tourism? b. How is competition mitigated? c. What are the major changes in the international tourism market stemming from the opening of Saudi Arabia to tourism? d. How are the Abrahamic Accords reshaping the regional tourism? e. How are the major events such as Qatar Cup 2022 spurring regional collaboration in terms of tourism flows? III. Paradigm 3: Economic aspects of tourism a. What are the international markets targeted and the tourism segments (mass, luxury, niche)? b. What are the approaches to sustainable tourism developments in the GCC? c. How are the Gulf countries using the historical and natural heritage, or in the absence of the above, creating viable tourism attractors? d. What is the progress of the Covid-19 recovery in the GCC tourism sector? e. What is the growth of parallel services linked to tourism in the GCC? f. What are the long-term economic impacts of the large-scale initiatives such as Expo 2020? IV. Paradigm 4: Tourism and cultural changes a. What are the changes to the attitudes of tourists visiting the Arabian Gulf and/or host communities with regards to international tourists? b. To what extent are the local communities engaged in and benefiting from the provision of tourism-oriented services? c. Is tourism considered a career for nationals? How are the educational institutions preparing graduates to take jobs in the service industry? d. Are the tourism campaigns addressed to nationals, such as the promotion of domestic tourism in Saudi Arabia, effective? e. What are new the types of tourism undertakings and their resonance, for example, event tourism, extreme sports tourism? f. What are the major tourism consumer behavior patterns of the GCC nationals and residents?

Selected papers will be published in edited volume by a reputable publisher. Both workshop directors have the experience in publishing edited volumes.

Acknowledgment of and Agreement with the Workshop Director and Publication Guidelines

Agreed upon by both Workshop Director applicants 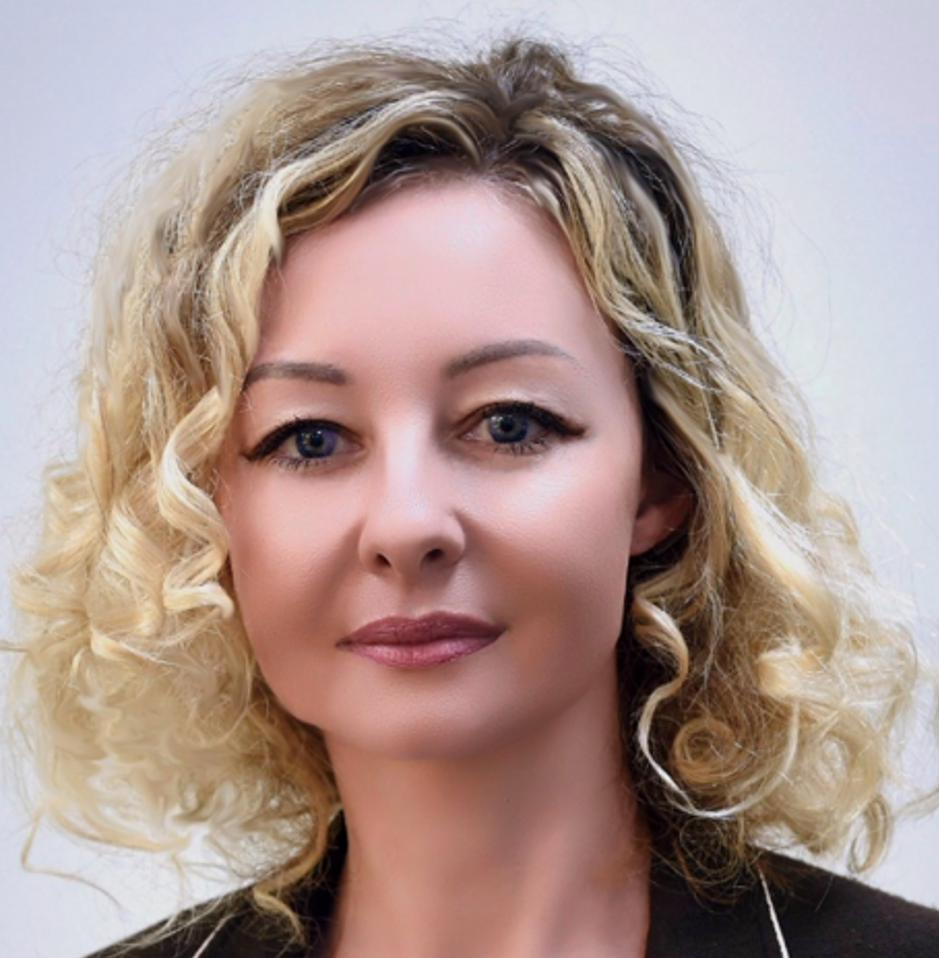 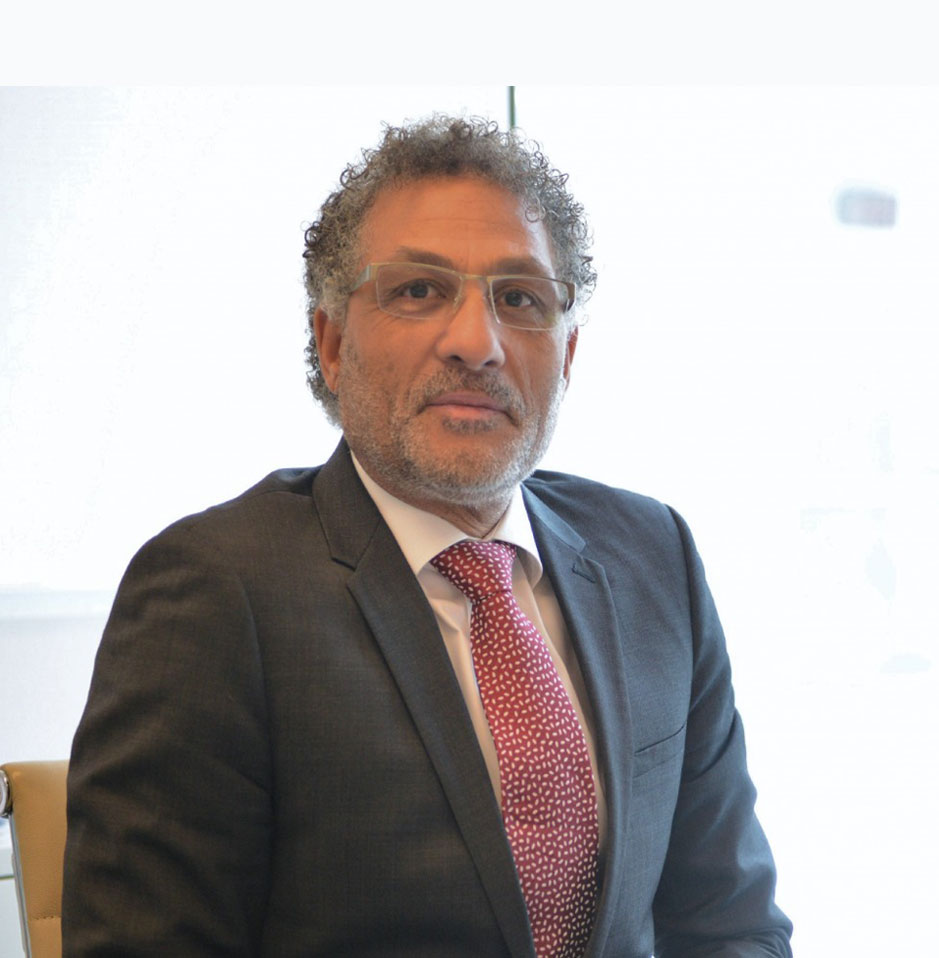