There has been growing political and economic activity on the part of GCC states, i.e. Kuwait, Saudi Arabia, UAE, Bahrain, Qatar, and Oman, in the Arab Mediterranean Countries (AMCs) at a time when the EU found its activities increasingly frustrated and frustrating. On the part of the countries of the GCC, the capital surpluses that resulted from the last oil boom and the vast sovereign wealth funds led them all, together with numerous Gulf h ...

There has been growing political and economic activity on the part of GCC states, i.e. Kuwait, Saudi Arabia, UAE, Bahrain, Qatar, and Oman, in the Arab Mediterranean Countries (AMCs) at a time when the EU found its activities increasingly frustrated and frustrating. On the part of the countries of the GCC, the capital surpluses that resulted from the last oil boom and the vast sovereign wealth funds led them all, together with numerous Gulf holdings to adopt highly pro-active trade and investment strategies towards the AMCs. This may have been slowed with the financial crisis of 2008 but not seriously. Certainly the crisis has not undermined the new sense of political awareness on the part of especially the smaller Gulf states such as Qatar and Kuwait, that they have an opportunity to transform their economic clout into a sub-regional political role. For their part, the EU and at least some of its member states, sought to try to re-invigorate their role in the Maghreb and Mashreq through the creation of the Union for the Mediterranean, a French initiative only later brought within the framework of the EU's Mediterranean approach. Whereas the EU has frequently spoken about democracy promotion in the context of both its Mediterranean policy and the European Neighbourhood Policy, GCC states have refrained from utilizing their increasingly close ties to advance political reform. This is not surprising, given the similarities of governance structures of GCC states and those of the AMC. There is little incentive either to challenge or question the legitimacy of each other's regimes. Rather, the political relationship has been used primarily to open the AMC to GCC trade and investment. The result has been an increase in interregional trade by some 700 percent in just eight years and Gulf businesses have become along with European enterprises the most important sources of foreign direct investment (FDI) in the region. On the other hand, Gulf investment&nbsp;has tended to focus on AMC transport, construction, tourism, telecommunications, the real estate sectors, and increasingly in the banking and finance sector. This is in contrast to EU investment which has been largely in cement, petrochemicals, automotive industries, and in the banking sector as well. At the same time, the GCC states have little direct interest in some of the more pressing politico-security issues between the EU and the AMCs such as migration even if there is common cause in the need for effective governance on the part of the AMCs in terms of terrorism. Both the EU and the GCC though have common or seemingly compatible views on the need to resolve the Israeli-Palestinian conflict. If the EU is both a part of the Quartet that has sought to mediate and, through its High Representative, an autonomous actor trying to win the trust of both sides, its already incomplete actorness has sometimes been made even less effective due to the often incompatible bilateral efforts of particular Member States. Again, on the GCC side, there have been a number of different levels of engagement whether through the Arab League, the GCC or individual Gulf states. Saudi Arabia and Qatar have invested particularly strongly in the resolution of the conflict. At the same time, Iran has also been active creating further tension for both the EU and the Gulf states in the Mediterranean and the Gulf and complicating the relationship of both with the United States. Rarely however has there been any attempt on the part of the EU or the GCC states to look and act strategically together at these inter-related issues&nbsp;

This workshop invites submissions of papers that address from an empirical and/or conceptual-theoretical perspective the following issues:

(i) The factors that have led to the seemingly myopic view of the EU to ignore the GCC states economically in terms of the Mediterranean. Are, for example, their investment patterns complementary or too distinct from each other, useful in encouraging a more cooperative approach or simply irrelevant?

(ii) Understanding better the politico/cultural dimension of the Gulf-AMC relationship and its implications;

(iii) In terms of the political dialogue between the EU and the GCC, what factors are important that lead each to talk past each other rather than to each other?

(iv) In so far as both the EU Member States and the individual states of the GCC remain keen to maintain close bilateral relationships, what factors underlie this and with what lasting implications? (v) The EU and the GCC and the Israeli-Palestinian conflict

(vi) The role of the US. Is the US seen by GCC countries and EU member states as a mere competitor in the AMCs or is there potential for synergitic cooperation with a view to contribute coherently to economic modernization in AMCs?

(vii) What is the role of Iran in the Arab Mediterranean?

(viii) The role of NATO in the Arab Mediterranean. Is there potential for a coordinated EU-NATO and possibly EU-NATO-GCC cooperation vis-a-vis the Arab Mediterranean in the field of both hard and soft security? If so, which factors need to be taken into account, and how would such a framework have to be designed in terms of structure and contents? Are the security interests of all actors compatible at all?

(ix) To what extent would more coordinated EU-GCC efforts in the AMCs contribute to political development and, thus, political reform in the AMCs and the GCC countries themselves? 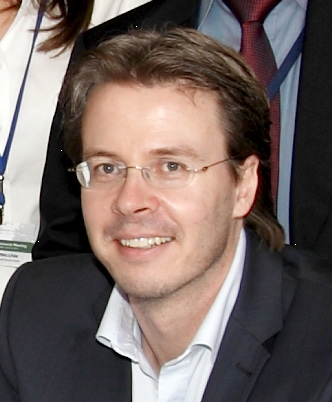