The humanitarian-development-peace nexus has, over the past five years, emerged as a major reform agenda in the international aid system. Whilst primarily intended to mitigate structural flaws in, and promote coordination between, OECD-DAC donor countries – the HDP Nexus as a concept and norm has circulated globally. This includes to Gulf State donors, some of which have consciously adopted a nexus framing in their policy and practice. This w ...

The humanitarian-development-peace nexus has, over the past five years, emerged as a major reform agenda in the international aid system. Whilst primarily intended to mitigate structural flaws in, and promote coordination between, OECD-DAC donor countries – the HDP Nexus as a concept and norm has circulated globally. This includes to Gulf State donors, some of which have consciously adopted a nexus framing in their policy and practice. This workshop explores these developments with a view to enhancing understanding of the roles that Gulf States play across the areas of humanitarian response, development, and peace.&nbsp;

humanitarian-development-peace nexus. The past five years have seen several major attempts at radical reform of the global aid system. At the World Humanitarian Summit in Istanbul in 2016, there were loud calls for new ways of working across the humanitarian-development nexus. One year later, the UN Secretary General Antonio Guterres in 2017 expanded this concept in advocating for the humanitarian-development-peace nexus as a new paradigm for reorganizing and reforming conflict response internationally. The core logic underpinning the HDP nexus is that the international systems for responding to conflict are organized into silos – humanitarian, development, and peace – which constrain the potential for synergies across and between these domains. The HDP nexus is the latest in a long line of reform initiatives aimed at enhancing integration or coherence in conflict response, including linking relief, rehabilitation, and reconstruction, policy coherence for sustainable development, or more lately promoting resilience.

The Gulf States have long played a role as major “non-traditional” or “emerging” donors in the international aid system. Whilst not conforming to a singular model, the Gulf States nonetheless share some characteristics in their donorship, such as preference for infrastructural investment and absence of aid conditionalities. One such characteristic is that they do not tend to operate with the same divisions and categorisations of OECD-DAC donors. In this sense, the humanitarian-development-peace nexus as a reformist agenda is not required in order to nudge Gulf donors towards structural change as they do not exhibit the same silos of aid response. Yet despite this, Gulf State donors in recent years have nearly all made public statements framing their aid policies and operations under the rubric of the humanitarian-development-peace nexus.

This gives rise to a number of important analytical issues and challenges that requires lateral thinking and sustained dialogue across the differing organizational and professional cultures and communities of practice in humanitarian, development, and peace in order to fully unpack. To this end, the workshop will explore this trend towards Gulf State adoption of the humanitarian-development-peace nexus. The workshop organizers welcome contributions that ask pertinent questions related to the HDP nexus, including but not limited to the following themes:

Conceptualisation of Nexus: A core theme will be investigating how Gulf State donors, agencies, and NGOs understand the concept of the HDP nexus. We welcome contributions that explore related issues including the extent to which long-standing practices of Gulf state donors cohere – or otherwise – with the essence of the HDP nexus; convergence or divergence within the Gulf States in understandings of humanitarianism, development, and peace; how Gulf states translate and reconfigure global aid norms; and what a distinctly Khaleeji model of nexus programming might look like.

HDP Nexus evaluation and research: A critical issue facing practitioners and policy-makers is how to evaluate programmes and projects across the different ‘silos’ of intervention in the HDP nexus. Contributions here will analyse themes including emerging best practices of Gulf donors in evaluation and learning to promote evidence-based policy and practice across the HDP nexus or the potential for research-policy dialogue for enhancing humanitarian and development practice and cooperation across the GCC.

Unpacking Peace: One important theme is how Gulf States conceptualise ‘peace’ and

‘peacebuilding’ – which is the least clearly defined aspect of the HDP nexus. In particular, the humanitarian community has expressed some concern with the Peace element of the HDP nexus, viewing it as potentially a smokescreen for securitisation and even militarisation of aid. We welcome contributions that unpack these dilemmas in the Gulf, where states can both act as humanitarian and development donors whilst also conducting military interventions, acting as proxies in various conflict theaters, and pursuing multi-level diplomacy – often simultaneously.

The workshop has several primary objectives:

The workshop papers should aim to:

Research on Gulf States foreign aid has tended to focus on several key questions. Firstly, scholarship has examined the correlates of Gulf donorship. The discovery of oil was swiftly followed by the emergence of Gulf aid and humanitarian assistance; since then, aid levels have broadly followed fluctuations in oil prices. After oil prices, regional stability has been cited as the second most important variable in explaining variations in Gulf humanitarian assistance. Secondly, research has also examined the securitisation of foreign aid in the Gulf. Since 2001, the geopolitics of the ‘war on terror’ and counter-terrorism have strongly impacted humanitarian sectors in the Gulf, through much tighter financial scrutiny and the co-opting of humanitarian actors into security efforts that have slowed down operations, disrupting funding and partnerships, while threatening humanitarian principles.

Research has examined Gulf state foreign aid, humanitarian action, and peacebuilding – although these have tended to be analysed separately. The key contribution of the workshop to Gulf Studies will be to bring together researchers working at the inter-section of these areas for a wide-ranging yet focused thematic discussion and cross-fertilisation of ideas.

The workshop will include presentation of our ongoing research on various themes related to Gulf State humanitarian, development, and peace policy and practice. This includes but is not limited to:

If selected, we will issue a Call for Papers widely – both within our existing networks and an open public call. We will particularly welcome contributions from scholars and policy-makers based in the Gulf

publisher such as Routledge, Palgrave, or a top university press.

Authors will have four months after the workshop to submit their papers as 7,000 word book chapters – with publication of the edited volume expected by mid-2023. 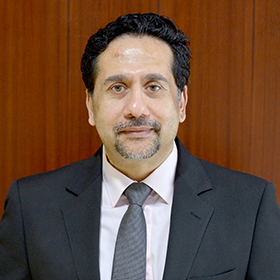 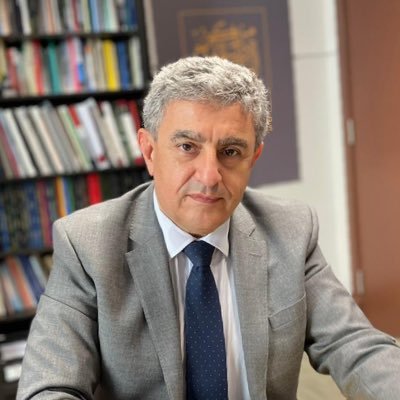